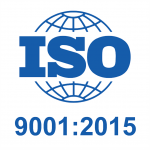 OVERVIEW OF THE DEPARTMENT

Economics plays a role in our everyday life. Studying economics enables us to understand past, future and current models, and apply them to societies, governments, businesses and individuals.

Economics is the study of scarcity and its implications for the use of resources, production of goods and services, growth of production and welfare over time, and a great variety of other complex issues of vital concern to society.

Studying economics provides one with not just an understanding of human behaviour, but also cultivates in students the problem-solving, analytical, communication and persuasion skills that are critical for success in today’s job market.

In economics, resource is defined as a service or other asset used to produce goods and services that meet human needs and wants.
Also referred to as factors of production, economics classifies resources into four categories — land, labour, capital and enterprise.

OBJECTIVES OF OUR DEPARTMENT